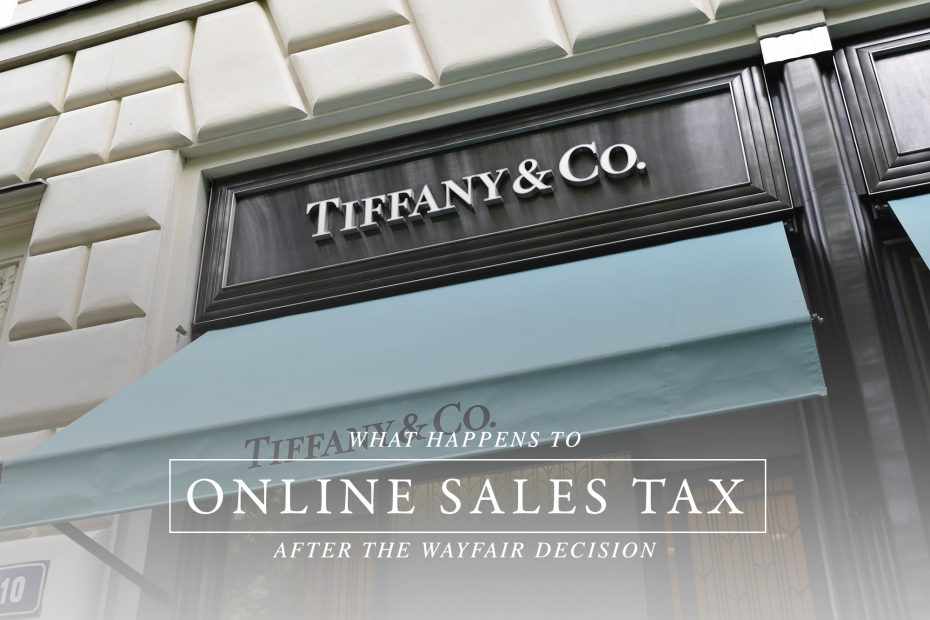 In an opinion that cut across political ideologies, the US Supreme Court this week issued an opinion in the case of South Dakota v. Wayfair, Inc., et al (“Wayfair”) that will move a lot of us who are sales tax scofflaws over to being good citizens. Instead of gold stars, you’ll get a higher bill for some of the things you buy.

When I say the opinion cuts across political ideologies, I mean it – I can’t think of a recent Supreme Court case in which Justices Kennedy, Thomas, Ginsburg, Alito, and Gorsuch joined in the majority opinion, leaving Chief Justice Roberts and Justices Breyer, Sotomayor, and Kagan in the minority.

The issue at the heart of the case was whether South Dakota could require Wayfair to collect sales taxes on sales made to South Dakota residents. Wayfair sells goods in every state via its online presence and through mail order catalogs. Both sides stipulated that Wayfair does not have any physical presence within South Dakota – no retail locations, no warehouses, no salespeople, etc. South Dakota passed a law in 2016 requiring what it terms “remote sellers”, companies like Wayfair, to collect and remit South Dakota sales taxes on sales delivered to South Dakota addresses. Wayfair had did not start collecting the South Dakota sales tax, instead relying on the Supreme Court’s 1992 decision in Quill Corp v. Heitkamp (“Quill”), which in turn relied on a 1967 Supreme Court case, National Bellas Hess v. Illinois(“Bellas Hess”)

National Bellas Hess was a Missouri-based mail order seller of consumer products. It had no physical presence in Illinois, no employees there, and no third-party salespeople in the state. Orders were placed from catalogs that the company mailed to consumers in every state via the US Post Office and common carriers.

[A brief interlude to explain sales and use taxes, and why most adults have, at least up until Wayfair is implemented, been tax scofflaws: a sales tax is a state or local tax on purchases that it collected by the seller of the goods. Nearly every state and tens of thousands of local governments impose sales taxes on goods sold at retail.

For a brick and mortar store, the applicable sales tax rules are the ones where the physical store is – if you buy a shovel at a Home Depot in Tacoma Washington, that Home Depot collects whatever state and local sales taxes are applicable to Tacoma, irrespective of where you live or plan on using the shovel. Easy for the store, they only have to know that rate of sales tax where the store is located.

Every state that has a sales tax and, to my knowledge, every local government with a sales tax, imposes a use tax on any sales that somehow escape the sales tax. What’s a use tax? Let’s say you live in Vancouver, Washington and you drive across the river to buy a shovel at a Home Depot in Portland (Oregon does not have any state or local sales taxes) and then drive home to Vancouver and furiously dig a large hole in your back yard. Washington (and Vancouver) require that you file a use tax (which is coincidentally – or not coincidentally – the exact same rate as the sales tax you’d have paid if you’d bought the shovel at the store next to your home) form and pay the use tax in lieu of the sales tax you didn’t pay.

A number of states have sections on the forms for individual income taxes where residents are supposed to report and pay use tax on out-of-state sales. However, noncompliance by taxpayers on those sections is rampant and states collect almost no use tax from individuals.

Pre-Wayfair, sales taxes were collected by the seller, and use taxes are paid directly to the state by the purchaser. Washington state’s handy guide explains that state residents are expected to file and pay use tax on goods purchased from a state with no sales tax or a sales tax rate lower than Washington’s, good purchased from casual sellers who are required to collect sales tax (think “yard sales”), items purchased from out-of-state sellers over the internet, and personal property acquired with the purchase of real property.

Still say you’ve never heard of a use tax? Are you sure? OK, count yourself amongst the tax scofflaws in your state. And by scofflaw, I do not mean “lawless drinker”, I mean outlaw, scallywag, malefactor, varlet, and/or scoundrel. Let’s just say “pirate”, say “Arrrrrggggghhh” loudly and get back to Bellas Hess.]

Potter Stewart wrote the majority opinion on Bellas Hess. Justice Stewart who famously said in another case that while he couldn’t define pornography, “I know it when I see it”, had no trouble in Bellas Hess concluding that the Commerce Clause in the US Constitution prohibited Illinois from requiring Bellas Hess to collect Illinois use taxes.

Quill held that a retailer with no physical presence in North Dakota could not be required to collect North Dakota use tax on sales delivered within the state. In reaching that conclusion, the Supreme Court again relied on the Commerce Clause reasoning, even though North Dakota, in arguing the case before the Supreme Court had tried an end-around play by arguing that they should be allowed to tax Quill under the Due Process clause.

It was an interesting argument: North Dakota stated that test should be whether “the state has provided some protection, opportunities, or benefit for which it can expect a return”. Their argument was that North Dakota had created “an economic climate that fosters demand for Quill’s products, maintained a legal infrastructure that protected that market, and disposed of 24 tons of catalogs and flyers mailed by Quill into the state every year.” North Dakota argued that created a constitutionally sufficient nexus to justify collecting use tax since the use tax reimbursed the state for all those benefits afforded Quill.

The Supreme Court didn’t address the dubious logic that state government was the cause of the economic climate in a state, instead considering North Dakota’s Due Process argument, conceding that the Due Process argument had logical merits, but returning to the Commerce Clause conclusions springing from Bellas Hess, namely, that the state couldn’t compel an out-of-state seller to collect and remit use tax. The Quill decision is complex and, for nerds, a worthy read, although as we’ll see, Wayfair sweeps it aside.

This week’s decision in Wayfair upheld a South Dakota law that requires any company selling to residents within South Dakota to collect state taxes. In arriving at that conclusion, the opinion specifically overrules the prior decisions in Bellas Hess and Quill, stating that because of changes in how the internet affect how companies interact with purchasers located in other states, the physical presence test is currently “unsound and incorrect”. The Court offers four guidelines in determining whether a state law taxing out-of-state sellers will be treated as falling within the boundaries of the Commerce Clause:

The state taxes must apply to something within the taxing state (i.e., California can’t try and tax sales made by a Washington based company to residents in Arizona);

The state law can’t discriminate against interstate commerce; and

Are fairly related to the services the taxing state provides.

What does it all mean?

Estimates of the amount of use taxes not collected by states and local governments because of tax scofflaws range up to $33 billion annually. Wayfair provides a framework for state and local governments to begin requiring internet sellers to collect those taxes. South Dakota’s law was narrowly written to fall within a 2015 concurring opinion written by Justice Kennedy that all but invited a re-examination of Quill. (See Direct Marketing Assn. v Brohl) Additionally, South Dakota’s law supposedly provides some measure of relief for small retailers that have less than $100,000 in annual sales or 200 or fewer transactions with consumers within South Dakota.

South Dakota’s attorney general called the Wayfair decision “a big win for South Dakota and Main Streets across America.” He estimated that South Dakota would begin collecting sales tax on online purchases within the next 30 to 90 days.

Most tax commentators expect a flurry of state activity to enact similar statutes to South Dakota’s and the rapid building out of a state government infrastructure to enforce the collection of the taxes.

Who are the winners and losers?

State governments in states that have sales taxes

Amazon (Amazon collects sales taxes on their own sales in every state that has a sales tax; small retailers that use Amazon to place their orders may or may not be collecting sales taxes at this point, so how they are affected will be something to watch)

Companies that create and maintain sales tax software – with over 10,000 taxing jurisdictions in the US, compliance will be a huge issue. A logical beneficiary of this is Amazon, who already has a complex sales tax compliance software system in place.

States without a sales tax – although this may be mitigated somewhat in jurisdictions bordering high sales tax states: people who want to continue to be scofflaws who formerly bought online through retailers who didn’t collect sales tax may travel across state lines to buy in a no-sales-tax state. Example: residents of Vancouver Washington may travel to Portland to buy things they formerly bought online. They’ll still be scofflaws, but save the tax.

Small online businesses – while South Dakota (as noted above) provides relief to small retailers with less than $100,000 in annual sales within South Dakota or 200 or fewer transactions, it’s impossible to believe that the other 40+ states will, as they enact similar legislation, stick with the same relief provisions. All of which will leave small businesses dealing with dozens or maybe hundreds of different limitations where they are or are not required to collect tax.

You’ll probably end up paying more money for some stuff.